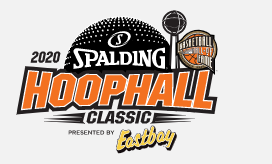 The 2020 Hoophall Classic tips off on January 16th at Springfield College’s Blake Arena.  The Hoophall Classic has been one of the premier mid-season high school basketball tournaments for years, and last year the Classic featured some elite matchups between high school powers Oak Hill vs. IMG Academy and Montverde vs. Sierra Canyon.

This year’s schedule again features some of the top players and elite teams in the nation.  By the numbers the tournament:

Below are five match-ups I’ll be tracking closely at the event.

This game will be the second time that these two powerhouses have faced off since the semi-finals of the GEICO Nationals last April.  Montverde got the best of IMG at the City of Palms Classic by the score of 63-55.  Montverde is undoubtedly one of the top teams in the nation, but IMG is as stacked with talent and size as anyone.  Montverde is led by Cade Cunningham (Oklahoma State commit), the number two ranked prospect in the ESPN 100 in the class of 2020, and IMG is led by number 17 ranked Jaden Springer (Tennessee commit)

Both Cunningham and Springer are on my all-alpha dog team because of how they lead and how they find a way to win. Two other names to follow, number eight ranked Scottie Barnes (Florida State commit) who influences the game without scoring. Number 29 ranked Mark Williams (Duke commit) is an elite shot blocker. Both teams feature athletes and finishers all over the court, so watch for this game to come down to point guard play.  This will be must-watch TV!

The key match-up in this game will be Evan Mobley (USC commit), the number one ranked player in the ESPN 100, against 7’1 Hunter Dickinson (Michigan commit).  Mobley is a skilled 7’0 prospect with good range and advanced scoring skills, and Dickinson is one of the fundamentally sound players in the class with excellent shotblocking capabilities with his terrific timing and patience.  On the perimeter Earl Timberlake Jr. (Miami commit) and Dominick Harris (Gonzaga commit) will provide the scoring and toughness.  This will be fun match-up to start your Monday morning with!

Paul VI made national headlines to kick off the basketball season when they took down IMG at the ARS National Hoopfest.  Point guard Jeremy Roach (Duke commit) and 2021 four-star propsect Trevor Keels will need to be fantastic to take down the loaded Sierra Canyon squad.  Sierra Canyon is 16-2 on the year and is coming off against a big win over Rancho Christian and Evan Mobley.  No one in the country is playing as good as Sierra Canyon guard BJ Boston (Kentucky commit).  Sierra Canyon has traveled probably more than any other high school team in the nation, and will again be traveling cross-country to Massachusetts. Freshman Bronny James, the son of LeBron James, comes off the bench for the Trailblazers.

The Patrick School junior Jonathan Kuminga is one of the most NBA-ready prospects in high school today, but he’ll have to be a much better facilitator and have excellent shot quality for The Patrick School.  Kuminga will have to efficient and others like junior center Adama Sanogo will have to step up. Another intriguing storyline in this game is Noah Farrakhan will face off against his former team that he won a GEICO National Championship with in 2019.

Sunrise Christian is the number six ranked in the ESPN High School Top 25 Rankings and will face off against number 20 ranked Prolific Prep led by five-star recruits Jalen Green and Nimari Burnett (Texas Tech commit).  Sunrise Christian features an almost entirely new roster from last year and lacks a true superstar, but are off to an impressive 11-2 start with quality wins over Gonzaga, DeMatha, and La Lumiere – all teams ranked in the top 25.  The way that number three ranked Jalen Green is playing he is making a case for the top spot in the Class of 2020 rankings. Green owns NBA athletic ability right now. He had a terrific Peach Jam for Team WhyNot over the summer and has continued his improved three point shooting accuracy into his senior season.  He’s has demonstrated the ability to go off for 30 points or more in a game. Effective and exciting Jalen Green is a must watch.